The legal battle to quash the planning permission for the demolition and redevelopment of the shopping centre reaches the High Court next week, when a judicial review hearing is scheduled for the 22 and 23 October, after being postponed from July. The challenge is supported by the Up the Elephant campaign, the Public Interest Law Centre and Southwark Law Centre, as well as by the 35% Campaign. The challenge will be presented by barristers Sarah Sackman of Francis Taylor Building and David Wolfe QC of Matrix Chambers.

A demonstration of support is being held on Tues 22 October 9am, outside the Royal Courts of Justice, Strand, WC2A 2LL. There is a free coach to the protest – departing 8am, from outside the Metropolitan Tabernacle, opposite the Northern line tube station (text/phone 07792786192 to reserve a place).

Traders are being lost

The High Court will decide whether or not Southwark Council’s decision to award planning permission to offshore developer Delancey was lawful. Delancey proposes to build shops, homes and much else besides, including a new Northern Line tube entrance and new college campus for the London College of Communication. But Delancey’s big plans have very little in them for local people, those who are living and working at the Elephant now.

The much-loved bingo hall has already gone and is unlikely to return. If the shopping centre is demolished it will displace all the traders from the world over who have made the Elephant their home. Demolition will also destroy a social hub for London’s Latin American community and nowhere near enough has been done to mitigate the consequences of this. Latin Elephant, with the help of Petit Elephant, have made a detailed study of what is happening to all the traders and they estimate that almost fifty traders have not been given relocation space and will have nowhere to go.

While we are losing the small traders, Delancey’s ‘mixed-use’ development is denying us the one kind of housing we most need – social rented housing. The Up the Elephant campaign has gradually driven up Delancey’s social housing offer from 33 ‘social rent equivalent’ units to 116 proper social rent, but this is still a very small number out of the 979 total number of new homes.

Next week’s legal challenge will argue that Southwark’s Council’s planning committee was misled about the maximum amount of affordable housing the scheme could viably provide. Delancey said it could only afford to provide 116 social rented homes, but we now know that with Mayor’s funding they could give us another 42 much needed homes.

Even the 116 social rented homes promised could be at risk; the devil is in the detail and Delancey has managed to pull the wool over the Council’s eyes, with a legal (s106) agreement that could leave us with little or no social rented housing if Delancey chooses not to deliver the latter part of the scheme, which in any case is not due to be built for another 10 years.

We should be getting something much better than this. The regeneration of the Elephant has already lost us over a thousand council homes, from the demolished Heygate estate. The shopping centre is the last major site within the Elephant and Castle Opportunity Area – it should be making up much more of these losses. The benefits of the redevelopment in the shape of the new tube station and new college campus should not be at the expense of social rented housing.

The Up the Elephant campaign has fought tirelessly for nearly 3 years to get more social rented housing and a better deal for the independent traders; it has shown that we can make gains. As well as the extra social housing, traders have got more affordable retail space, a relocation fund and a temporary facility on Castle Square – but it is not enough to make Delancey’s development one that really benefits everyone at the Elephant.

So, please join us on 22 October to show your support for our battle!

You can still also donate to our crowdfunding appeal

For a brief history of the controversy surrounding Delancey’s scheme, check out part 1 of Emile Burgoyne’s recently released film – ‘Why do Elephants keep developing?’](https://youtu.be/EQ2M6_vQo2s): 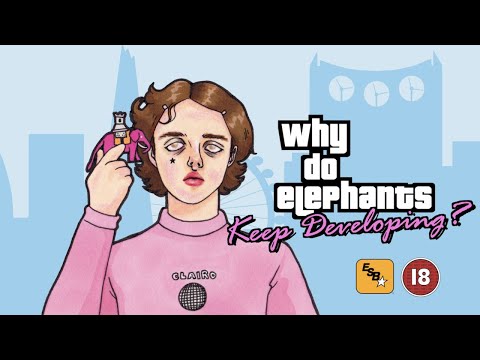